Home > Posts > Articles > Children > What Is an After-school Nanny or Sitter—And Do You Need One?

What Is an After-school Nanny or Sitter—And Do You Need One?

Here are some tips

An after-school nanny or babysitter can help filling the childcare gap in the afternoon and lighten the load. Finding the right fit for an after-school caregiver, however, can take some digging. Here’s what you should look for.
Anja Borngässer   September 14, 2020

Figuring out where your kids will go after school, what they’ll do and who will be watching them is a big childcare challenge for many families. That’s why some parents turn to hiring an after-school nanny or babysitter to fill the childcare gap from 3 p.m. to 5 p.m. (or 6 p.m. or 7 p.m.) and lighten the load.

Finding the right fit for an after-school caregiver, however, can take some digging. If you’re weighing hiring a sitter or nanny for after-school hours, here’s what you should look for.

Inarguably, the most vital task after-school sitters or nannies perform is watching your kids. It’s the primary reason you hire them: to make sure your kids get home from school safe and sound and are well cared for until you get home. But there might be other ways an after-school caregiver can make your life as a parent easier, too.

Cindy Marie Jenkins, for example, hired a sitter to pick up her son from school 30 minutes away before caring for him and his younger sibling while Jenkins finished up her work day. As a writer who works from home, Jenkins appreciated getting back the time she would have spent driving and liked that her sitter frequently took the kids out of the house for fun after-school excursions. Those activities were important to her and her family.

Some other examples of activities an after-school sitter or nanny might do include:


Something to think about here: While nearly all caregivers will likely consider cleaning up after the kids or prepping their meals to be just part of the gig, additional compensation might be expected for anything above and beyond the basic duties of childcare. Make sure everyone’s clear on what is expected of them by laying it all out beforehand either verbally or—better yet—in a written agreement like a nanny or babysitter contract. 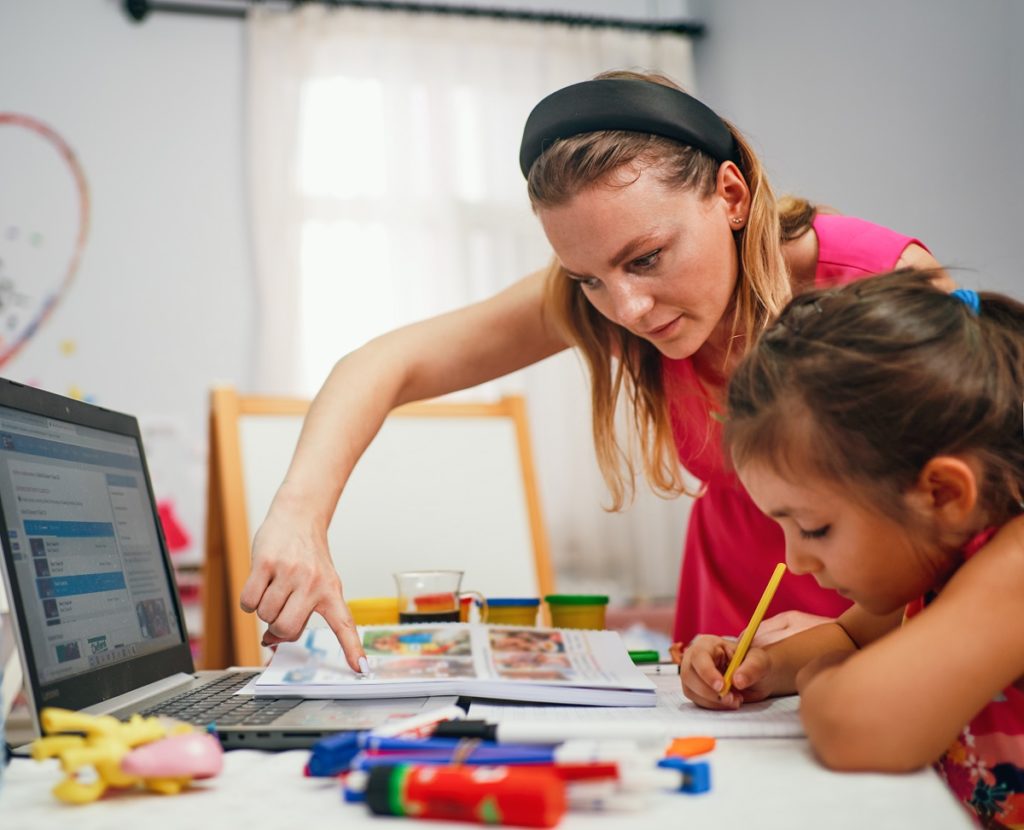 Hiring an after-school nanny vs. a babysitter

The difference between a nanny and a sitter really comes down to expectations and experience. Families expect more from a nanny than a babysitter. Both take care of the kids’ day-to-day needs and ensure house rules are followed, but nannies are much more involved in the big picture—how the kids are growing and maturing overall. While babysitters might check that the child finished the homework, they aren’t expected to know how the child is doing in school or what their learning style is. Nannies are.

Your kids are your world—you don’t want just anyone to care for them after school—but how do you know when you’ve found a good match? Here are some things to think about.

Once you figure out what kind of caregiver you need, the next step is to lay out what qualifications are must-haves for your family. For some families it is important to find someone who is certified in CPR and first aid and who had formal in-house experience as a nanny. Others might need someone who has a valid driver’s license, a clean driving record and a solid background check. Then again, others might prefer having a caregiver with a college degree. Along with hard qualifications, some families have a list of soft qualities they’d like to have in a sitter or nanny, such as resourcefulness or politeness. That said, finding someone who checks all your boxes won’t be easy. So, it’s important to determine which qualifications are must-haves for your family and prioritise from there.

Jackie McClain, a grants manager and mom of two, remembers a time when her free-spirited nanny veered off-plan and was completely unreachable for a while. She didn’t know where her kids were or whether they were OK. “I couldn’t get in touch with her because she just forgot to turn her cell phone on, and I panicked,” McClain says.

That experience underscored just how critical clear communication was for her. Families put a lot of trust in their childcare provider to care for their kids while they are away. Finding someone you’ll be able to communicate with and rely on to keep you in the loop when you need them to is essential, McClain says.

Having to scramble to replace an after-school nanny or sitter when they quit or cancel on short notice can be frazzling—especially for those whose jobs might not offer the flexibility or paid time off to fill in the gap. For McClain, having someone she could rely on to show up on time every day meant that she didn’t have to worry about being late herself.

While sudden illnesses and unexpected emergencies happen, finding a caregiver who can be there when you need them to be—and who won’t leave you in the lurch—makes all the difference.

In any given afternoon, a sitter or nanny will have to make a lot of decisions regarding your child’s care. If you have strong preferences for your child’s after-school-activities or environment, you might want to consider making sure whomever you hire has views that align with yours or (at the very least) can get on board with your way of child-rearing. Some examples include:


When McClain’s first child started preschool and she also had an infant, McClain wanted someone to continue providing an enriching environment for her young children until she could get home at the end of the workday. She found a nanny who liked thinking up creative activities and making sure the kids got plenty of sensory play. “She really knew how to enrich our kids’ lives,” McClain says.

As her kids grew older, however, her priorities shifted. The out-of-box thinking became less important. Instead, she wanted a nanny who valued things like punctuality and staying organised as much as she did. When it came time to transition to a different nanny, she hired someone who reflected those values.

Finding the right fit for an after-school sitter or nanny can take a little legwork. But thinking through some of these considerations might help make the search just a little easier.

Pros and Cons of Immunization in Infants

The topic of whether or not to vaccinate children has become quite controversial. In this article, we will examine some of the main reasons someone might or might not choose to vaccinate their baby.

Is it wise to spend Christmas with the larger family and friends this year? We show you options where you will be on the safer side.

It's especially difficult for kids to handle the loss of normality this Christmas season. Consider these tips from experts and parents on how to prepare for these challenges, and help your kids cope and find some joy.

Pros and Cons of Immunization in Infants