Bring on the Participation Trophies! 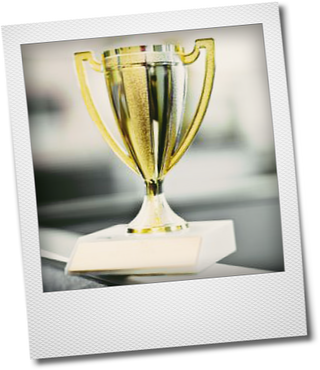 I love participation trophies. But I might be alone in this sentiment.

I get that the millennial generation is often criticized in the workforce because many of them believe they should get a promotion for showing up. It’s a problem that parents, teachers, coaches and participation trophies have probably created. And something needs to be done.

But it does not mean we need to minimize their accomplishment.

Two years ago, my 5-year-old son and 3-year-old daughter ran a race. It was a big pre-marathon kids’ fun-run event. And out of 300+ kids, my son won. He actually won the whole thing.

My daughter came in about 300 spots behind him. And that afternoon they both walked away with the same trophy – for participation.

And at the finish line, when they handed out ribbons, I thought: Really? Here is my first-born, pride-and-joy child, ecstatic over his big finish – and you give him some rinky-dink ribbon you give everyone else? Where is the mega-trophy with the word, “Winner” on it? You cannot let this child go home with a 2-cent ribbon. He worked so hard – and won.

But I bit my tongue and placed both of their medals around their necks as we celebrated their accomplishments.

For months my son relived that winning moment: The first few seconds when he turned the bend and came running toward the crowd as the leader of the pack; The kid who started gaining on him; The police escort guiding his path; The spot where he thought he was done – and then realized he had another lap to go; The shock (and tears) on his mother’s face when I realized he was actually winning – just like he said he would that morning. And the cheers from the crowd. It was a fantastic moment he’ll probably never forget.

And if you were to ask him about that moment, those are the details he’d tell you. The trophy, a two-inch wide medallion hanging from a red, white and blue ribbon, wouldn’t even come up.

But you know who has the medal hanging on her wall? My daughter. She’s not the athlete in our family. Or if she is, we just haven’t figured out her sport yet. She’s witty, cheery, smart, caring and creative. But in an effort to get her some exercise, she gets signed up for things – and bribed to participate in things — yet nothing has really stuck. She’d rather be home, playing with her toys, helping us with projects or cheering for her brother.

But at the end of the season, she gets a participation award or trophy. And you know what? She’s super proud – and she should be. She finished.

So when people say that trophies should be for those who earned them, I’d counter and say – My kid earned it. She’s the kid who shows up against her will week after week and tries something that’s totally out of her comfort zone. And you know what? If the coach were to only give a prize to the top scorers, the athletically gifted kids, she would walk off that field feeling like a big piece of poo.

For all the “High Scorers” and MVPs out there, I applaud you. You should definitely be getting a bigger prize than those who just “showed up.” But for the kids who get dragged along, encouraged to get off the sidelines and “exercise,” who get cheers for actually making contact with the ball – I applaud you too. Because you’re the ones who need to be encouraged to keep trying next year. And it’s just not as easy for you to show up.

Coaches and teachers, please keep giving out the participation trophies – at least in the Under 8 Leagues. And remember that they are hanging on the walls of kids who might never win the race, but are sure proud of themselves for finishing.

And parents, we can use this as a teachable moment – use honest parenting techniques and let our kids know they might not the best out there, but every person on that field or rink is working on separate goals. Some might be building skills, getting exercise and having fun. And others could probably use practice enhancing skills, being a good teammate and winning or scoring graciously.

At home, I have both a “participant” and an “athlete.” And I can tell you, there’s a lot my participant can teach her brother, the athlete. In fact, if there were trophies for best attitude, silly sideline songs and a loving friend, her room would be filled with awards.

About Katie:
As the Senior Managing Editor at Care.com, Katie Herrick Bugbee focuses on global content for parents, caregivers, pet-owners, and families in need of senior care. As a mom of two small children, grandchild of an ailing grandfather and all-around pet lover, Katie relates to these topics and works diligently to provide the best advice and resources for Care.com readers.