Home > Posts > Parents' Blog > Dear Parents, Please Update Me on What Might Kill My Child Before He Comes to Play

Dear Parents, Please Update Me on What Might Kill My Child Before He Comes to Play 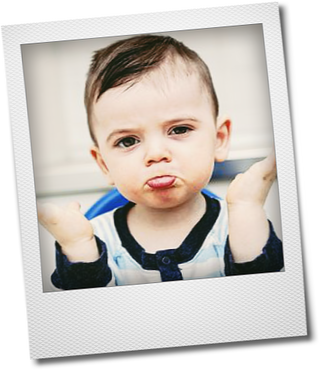 Do you have guns in your house?

What about an 8-foot python snake?

Are these the questions we, as parents, need to start asking other parents before our kids go on playdates?

There’s a video of a 3-year-old girl playing My Little Pony with her family’s pet python. It’s a short clip. Short enough for you to see her give the 8-foot constrictor a hug like it’s a sweet puppy.

Admittedly a snake-hater, I would cringe watching this under any circumstances. But as a mom it raises another sense of panic: I don’t want my child playing with your deadly household snakes.

This child has probably grown up loving her python like a brother. And perhaps he feels the same way about her – and would never strangle his human-sister with his 100+ pound strength. But here’s why I don’t think kids and deadly creatures should cohabitate:

I picture this girl at age 10. She has been told the house rule is to only handle “Monty,” the assumed name I’m giving the family python, with a grownup around. But you know what? She’s played with Monty hundreds of times. He’s harmless and loves her. And now she has a friend over. Dad is busy, Mom is out and she just wants to show her friend how she can hold Monty. And the friend is begging to hold him too. So in they go, two silly kids looking to play and impress each other, handling an 8-foot constrictor all by themselves.

That’s when this “innocent” family pet becomes incredibly dangerous to me. That’s when I start wondering what I don’t know about the friends’ homes my children go to. It’s the same as a gun. You can just imagine the scenario of your curious, invincible, thrill-seeking child visiting this house:

“Can I see it?” They step a little closer.
“Let’s touch it.” This seems harmless enough… Ok.
“I wanna hold it.” What can go wrong?

When I was 10 I had a friend over and we found a matchbook – and started playing with fire. Literally. First, we struck the match sticks, just to see if we could create a spark. Once we got the knack of creating flames, we lit a candle, blew it out and lit it again. Then we burned paper and dipped it into a glass of water.

I’m not going to tell you that we burned the house down, became pyromaniacs or anything like that. Actually, nothing happened – except my Dad’s wrath. He ultimately smelled the smoke, came in yelling, drove my friend home, walked us both to her front door and outed us to her parents. I was pretty mortified. And I always think of that incident when I see that friend pop up on Facebook or grab a matchbook from a restaurant.

Having a deadly animal – or weapon — in a house with children is the metaphorical playing with fire. You may have all the rules in place – but one day your kid is gonna touch it while you’re not supervising. Or her friend will. That pet python you love like a child is a deadly weapon. And I doubt you’re fully trained on what to do if it attacks.

As a fellow parent, you better be responsible and let me know if any weapons, deadly or potentially aggressive animals — or just anything odd and potentially dangerous – lives in your house before my child comes to play.

Because once my kids are a certain age in which they tend to tempt fate, seek thrills and feel invincible, they are not coming to your house.

About Katie:
As the Senior Managing Editor at Care.com, Katie Herrick Bugbee focuses on global content for parents, caregivers, pet-owners, and families in need of senior care. As a mom of two small children, grandchild of an ailing grandfather and all-around pet lover, Katie relates to these topics and works diligently to provide the best advice and resources for Care.com readers.